I’ve surveyed the social sharing options on a number of news publication websites, to see if there are any common or best practices. Here’s what I found: 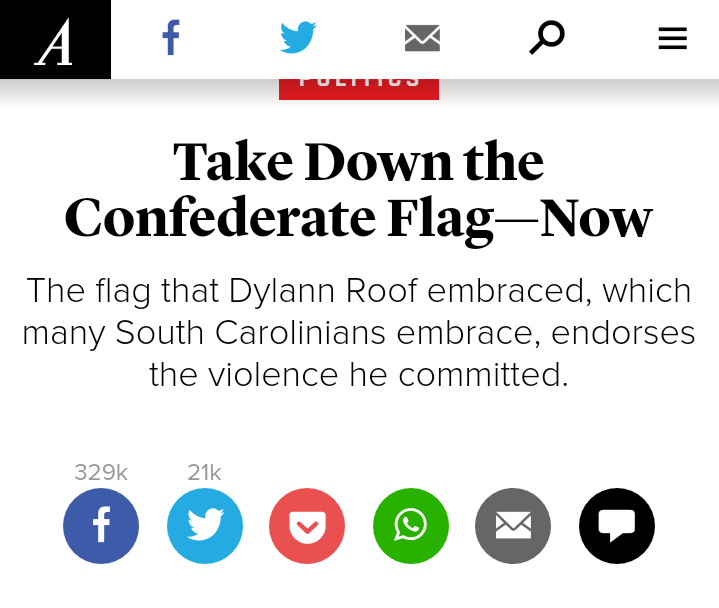 Some recommendations for best practice

The Washington Posts’s social sharing options are quite cluttered. Perhaps some of these (e.g. tumblr and Google+) could be deprioritised or removed entirely.