When attending a music festival, your most important decisions relate to which bands to see, and when and where they are playing.*

You want to know which bands clash with each other; you want to be able to work out how long you can spend checking out a new band before leaving to get to the front in time for a band you know you’re going to enjoy.

I love planning activities within constraints to maximise my enjoyment, so I was excited to see the Graspop Metal Meeting 2014 running order announced.

Start planning your #gmm14 weekend, because here's the time schedule! Which are your must-see bands? pic.twitter.com/SFaEpsBaJh

But I was soon disappointed, as I downloaded the document and tried to start planning which bands to see.

In looking at this document I made two basic visual assumptions:

This guide went against both of these assumptions:

Okay, so things weren’t looking great. I started thinking about making my own spreadsheet, but I thought I’d give the festival the benefit of the doubt and get in touch:

@GraspopMetal Would it be possible to produce a version that allows us to see what is happening at a given time, across all stages?

@GraspopMetal I found running orders in previous years easier to understand because the times on all stages lined up http://t.co/zIB5uR3LTx

And in response they made a new version of the running order, and have updated their website with this new version:

The extent to which the document has changed underlines just how hard it was to use before.

We can now compare Meshuggah and Megadeth much more easily: 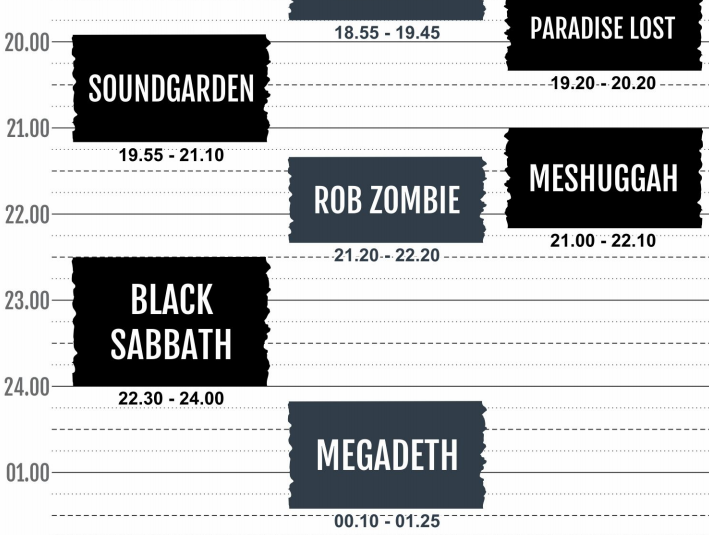 And we can see that Unida play their set a long time before Sabaton: 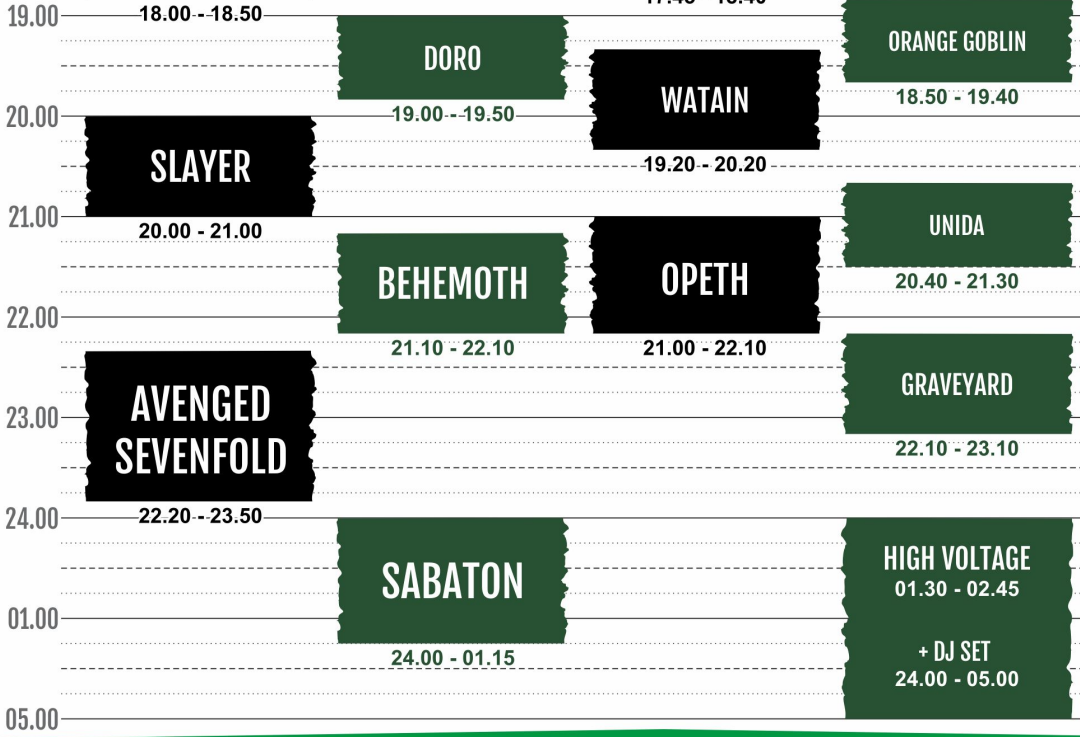 The new running order is so much easier to use:

I think there are a few lessons here:

* Other important decisions include where to camp, who to befriend, where to obtain provisions, and whether to risk crowdsurfing or a wall of death. But I’m not going to talk about these things here.